I love this photograph!

The woman seated in the back seat, left side is 100 years old and going for her first automobile ride! Seated with her are my great grandmother and her sister. The date was August 10, 1907.  Such a treasure! 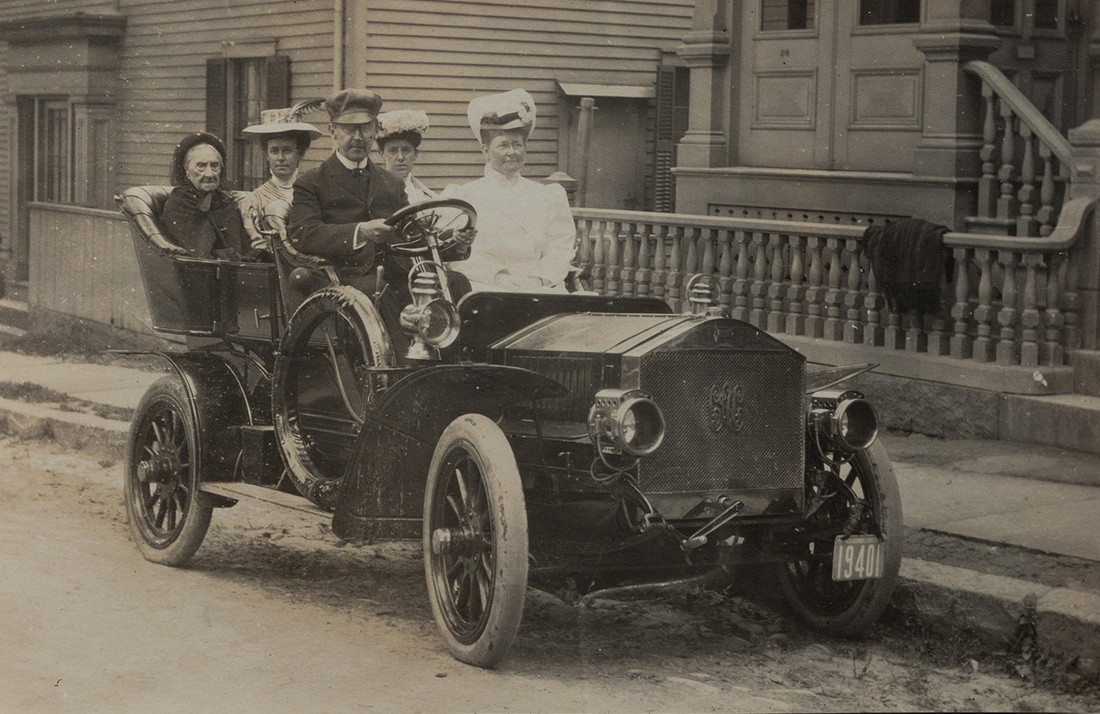 I am lucky enough to have a Stereo Scope, cards to view of my family and some local landscapes and cards that were sold to the general public to learn about foreign lands.

From what I understand, at the Great Exhibition of 1851, Queen Victoria was introduced to the stereoscope and was immediately taken by it. Within three months, over 250,000 refracting stereoscopes were sold along with over a million stereoscopic prints. By this time, stereoscopic prints were made via the collodion process because of it’s nature to easily duplicate prints. In 1856, the London Stereoscopic Company had pushed mass production of stereo cards into most middle and upper class homes. With their success, the company began sending photographers around the world to create stereo cards of over 100,000 different places and views. This contributed to solidifying photography’s place as a tool for education, a tool for discovering, and a tool for recording people or places as a record to be viewed at a later time.  In 1861, a hand held stereoscope viewer was designed that allowed individual adjustments for viewing distance. It had the bonus of being light weight and a cheaper contraption and since it wasn’t patented, copies flooded the market and it became the most popular version. This is the type of Stereo Scope that I have.

Below is a view of family members reading and relaxing. Maybe even sleeping! 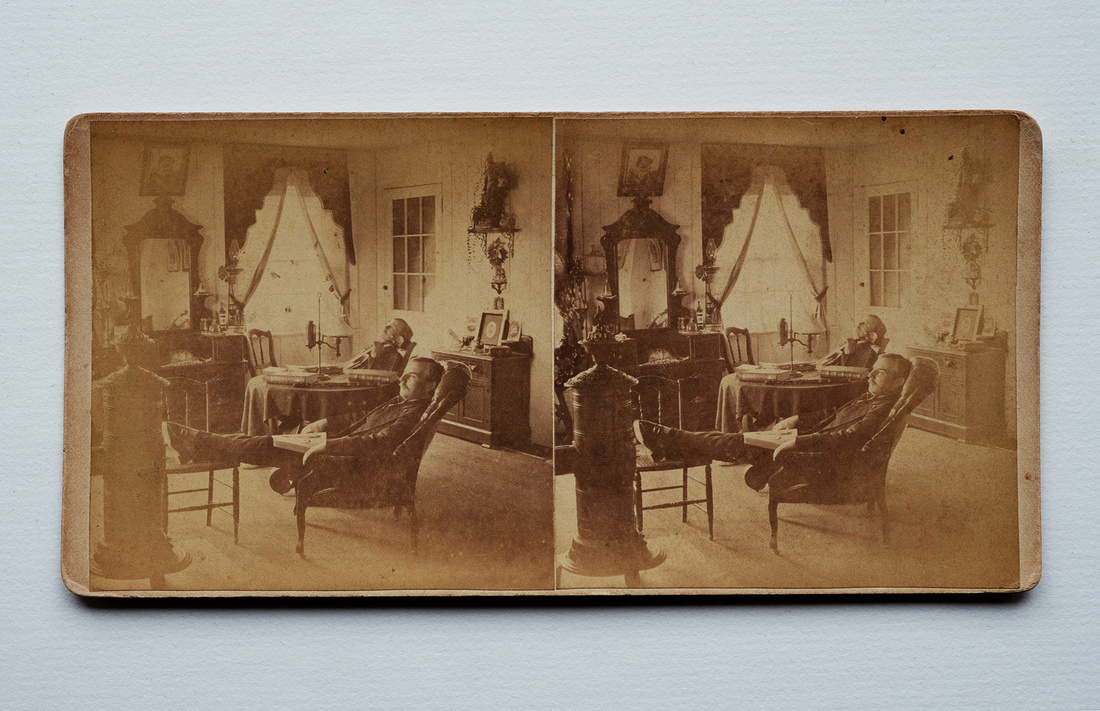 Cyanotype is a 170 year old photographic printing process that produces prints in a distinctive dark greenish-blue. The word cyan comes from the Greek, meaning “dark blue substance.”  Sir John Herschel invented the cyanotype in 1842. The process depends on the photochemical reduction of ferric salts into ferrous salts leading to the formation of Prussian blue, an iron-based pigment. The process was used sporadically throughout the 19th century, mostly by amateur photographers, and more frequently in the twentieth century for the reproduction of architectural plans and technical drawings, called “blueprints."

Below are two images from New Bedford, the Cook Family home and a carriage with Cook family members 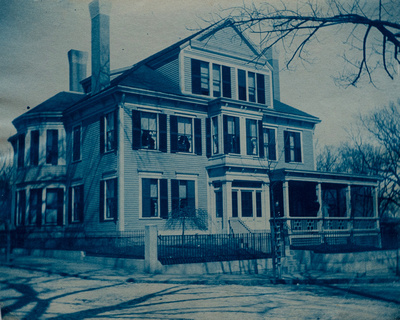 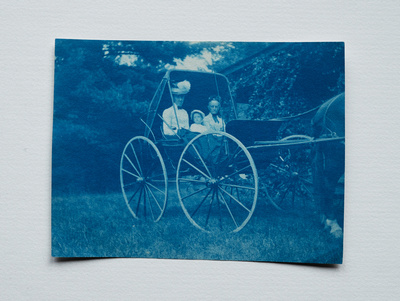 Below are tintypes, also known as a melainotype or ferrotype, is a photograph made by creating a direct positive on a thin sheet of metal coated with a dark lacquer or enamel and used as the support for the photographic emulsion. 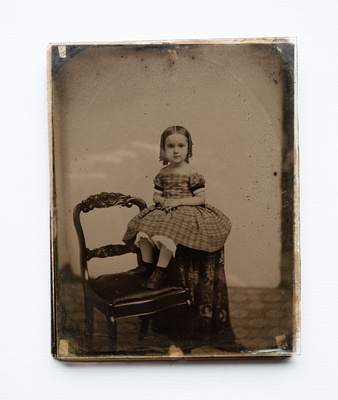 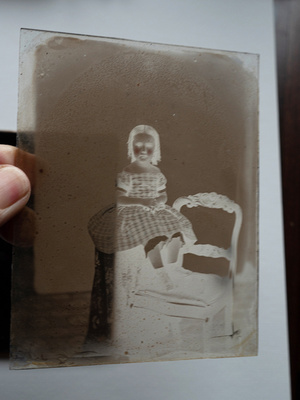 A tintype with the full image has the black backing behind it and the image resembling a negative is without the black backing. I just realized that I have a family antique chair that looks very similar to the chair in the photograph. I think that this is a photograph of my great great grandmother. 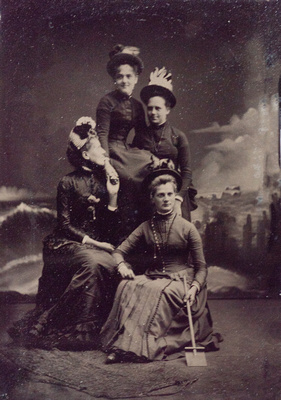 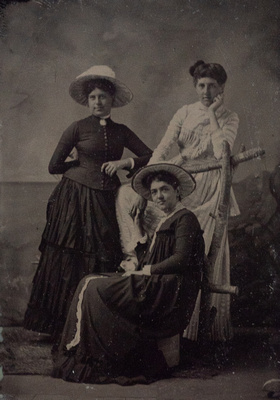 These ladies had their photographs taken often. These images were taken in the late 1880's and are  both tintypes. 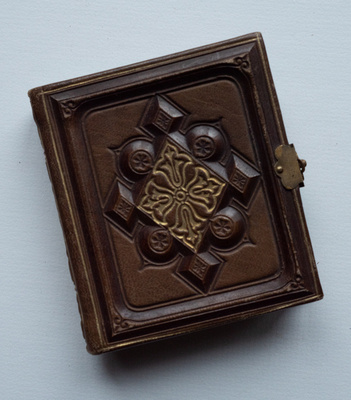 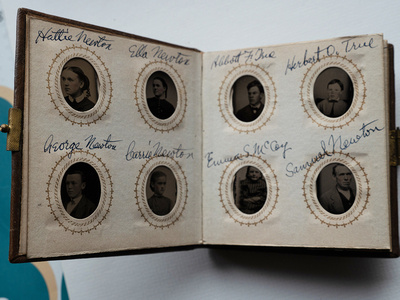 This is a very early family album, possibly dating back to the mid 1800's.  The images inside the album are just over an inch and I am thankful that some one took the time to label each image with the person's name.

You can watch this video and learn even more about photography and how it was used to record individuals, families and life in the past.

I hope that you have enjoyed seeing some of my family treasures! I am sure that you have some of your own. It is my hope that you will consider working with me as a professional photographer and consultant to help you manage your own family treasures and digitize, archive and create collages, albums, slide shows and wall portraits that your family can enjoy and pass on to future generations. I am happy to discuss this process with you. [email protected]  401-263-4065 cell